This page is written by the game's inventor, Carlos Cetina.

The purpose of this variant is to give a strong first step toward the goal of one day to make a reality the Joe Joyce's idea of playing chess on a 100x100 board. 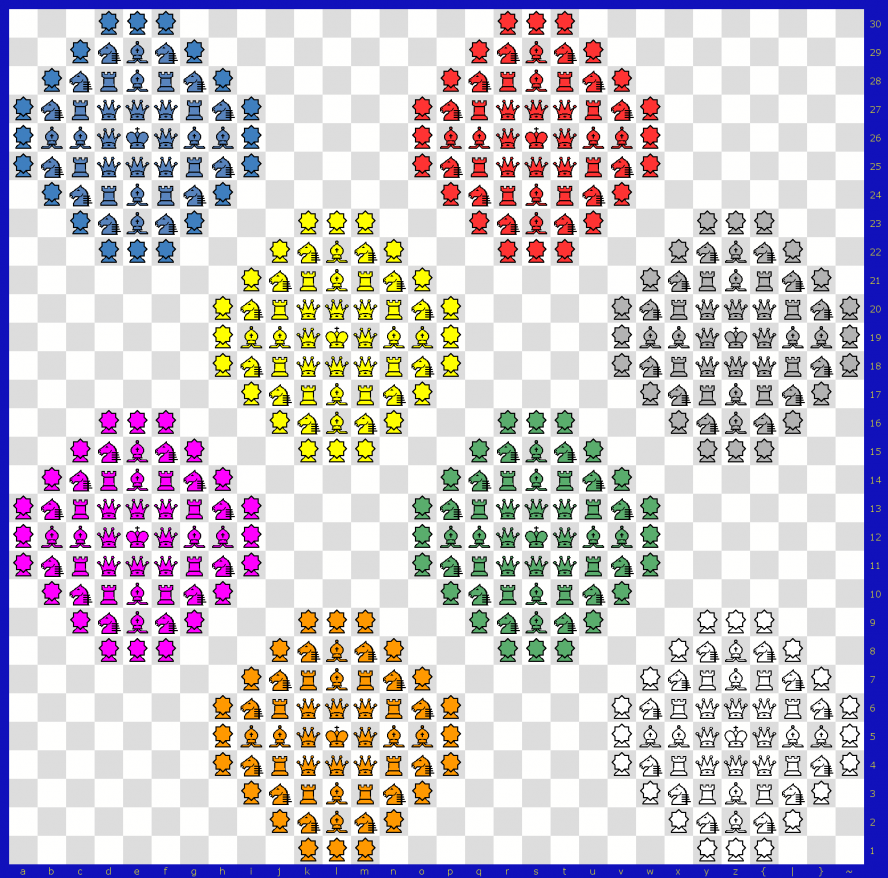 Guard - A nonroyal king: it may make one step in any direction like wazir or ferz.

The first player moves White, Gray, Yellow and Orange which are allied.

The second player moves Blue, Red, Green and Purple which are allied.

Win the player who checkmates at least 3 adversary's Kings.


The remaining 1900 squares could be used to form a margin or border of width 5 squares around the 100x100 board.

Then, this variant on the 100x100 board would have 72 armies or cells which could be played by 2 teams of 36 people each one or by 2 players moving each one 36 cells.

Is it a too crazy idea? Perhaps not so much to those interested in setting Guinness World Records.