Cannnon Shosu Shogi (大砲小数将棋 taihō shōsū shōgi, "cannon decimal shogi") is a variant of Shosu Shogi inspired by Cannon Shogi. It adds three new pieces to the game (six if you include promoted pieces) - Dogs, Silver Cannons, and Gold Cannons. Each piece comes in pairs and has a new promotion (to Side Mover, Angle Cannon, and Cannon, respectively). 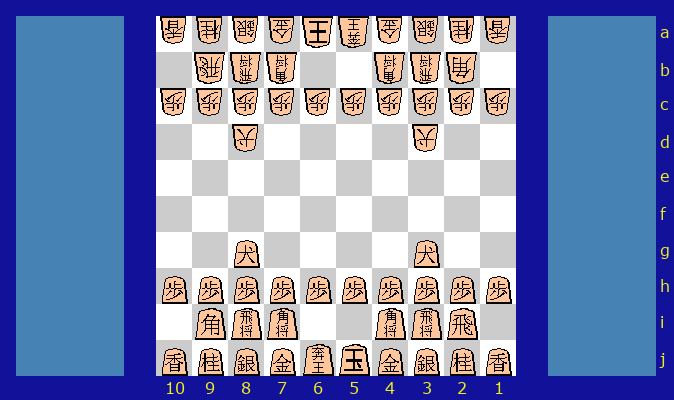 You can Play Cannon Shosu Shogi online with Game Courier.