Three previous 6-rank, 12-piece-army variants by different inventors form the basis of a family. Diana has no compounds of its simple pieces (no Queen, one Knight). Los Alamos Chess has only non-colourbound pieces (no Bishops), and Haynie's Primary Chess has only radial pieces (no Knights). All these dispense with the double move (and therefore En Passant) and either modify or dispense with Castling. A fairly obvious subvariant of Diana would be allowing promotion to Queen and win by marriage in the style of Doug Chatham's Bachelor Chess.

I take the name Diana as the jumping-off point. It refers among other things to a character from Classical mythology after whom a member of the main belt of minor inner planets was named. For further variants in the family I take similar names, drawn from the first 500 minor planets confirmed. All but Minerva are in the outer part of the belt.
A Diana-style reduction of Modern Kamil or Wildebeest Chess, with single Rook and Knight and a Camel of each binding, I term CAMILLA (in mythology a faithful and fleet-footed follower of Diana, and a pun on Camel and Kamil). A Camel on this board would be comparable to a Giraffe or perhaps Zemel on a FIDE board.
The Los Alamos reduction reduces Modern Kamil to the same game as it does FIDE Chess, but reduces Wildebeest to a game with an extra compound piece. This variant I term ALETHEIA (from the first 2 letters). The Haynie's Primary reduction reduces both large variants to the same game as it does FIDE Chess.
A variant reduced to symmetric pieces (no Pawns, 6 Knights) I term SYLVIA (again from the first two letters). Like John Groeneman's Half Chess, this makes use of the Knight's limited range. An added feature is that an unmoved King can swap cells with any other unmoved piece on the same rank - less as a castling substitute than to avoid near-instant checkmate.
A variant reduced to capturable pieces (no King, one Knight) I term MINERVA, for as with Diana the character is a virgin goddess. Note that Alapo combines the Minerva and Haynie's Primary reductions as regards the back rank, but guarded by short-range versions of themselves rather than Pawns.
The Minerva and Diana reductions can also be combined, giving a variant with no piece mixing both kinds of radial (no King or Queen). This I term ELECTRA, the lack of royalty suggesting an electorally-driven republic.
Having no short-range pieces would make for an excessively En Prise array. Having no long-range pieces leads to a small range of pieces if applied to the FIDE army, but applied to the Wildebeest array gives an oblique-leaper version of Haynie's Primary - CYBELE, a specifically Asian name for a deity as Camels are found in Asia rather than Europe. It could also uniquely be applied to the Shogi array by removing the middle rank of the board, middle rank of each camp, and end files. This I term AURORA, a name whose first two letters are the chemical symbol for gold and thus tie in with the Goldgenerals either side of the King. 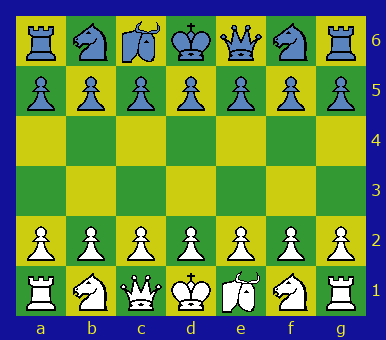 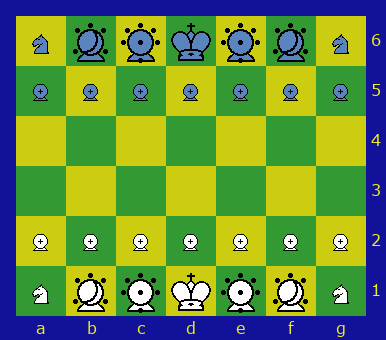 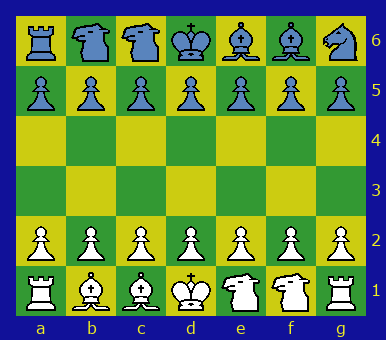 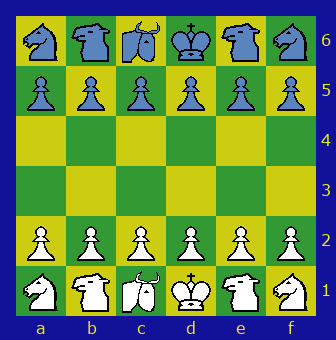 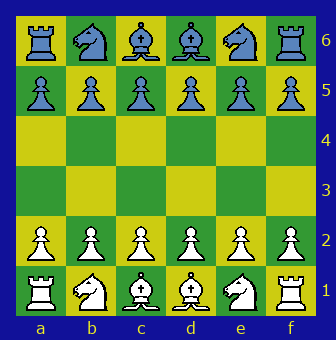 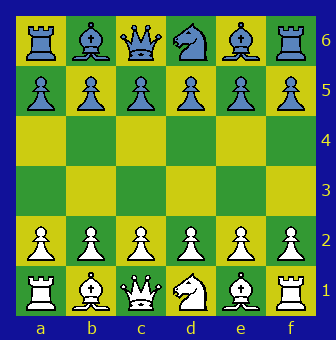 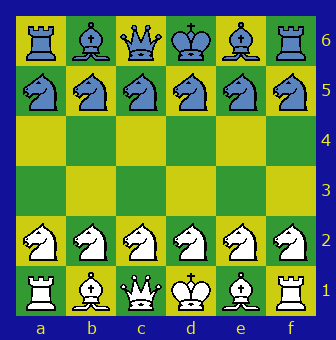 Piece types are four or five of the six FIDE ones, with the addition of the Gnu in Aletheia and Camel in Camilla. An exception is Aurora, which uses the middle seven pieces of Shogi's back and front ranks, in the same order as in Shogi itself.

There are no initial double-step moves and no Castling, although Sylvia instead allows an unmoved King to swap place with any other unmoved piece on the same rank to prevent f2-e4+ c5xe4 d2+e4+ being an easy checkmate. Aurora inherits Shogi promotion and drop rules, but with the promotion zone reduced to 2 ranks. Victory is by Checkmate, except in Electra and Minerva where it is by capturing the entire enemy army.

The discoverer of the minor planets named Camilla and Sylvia, Norman Pogson, had a history oddly appropriate to Chess variants. He was born in Nottingham, a city now surrounded by historic variants on three sides - Duke of Rutland's Chess to the south, Lincoln Circular Chess to the east, and Welbeck Kriegspiel to the north; my own Melbourne Chess now fills in the missing western flank. He then did what many of the fantasy authors inspiring Themed Variants did, moved to Oxford. His next move was to India, where the whole saga of Chess started, and it was there that he made his discoveries - but still gave them names from European mythology!

As Aurora and Aurum (the origin of the chemical symbol Au for gold) are both Latin, and the Sun doing the rising and setting is traditionally associated with gold (for example in alchemy, hence my 3d Sungeneral), it is easy to guess at some etymological connection between them, even for those who can instantly recognise Alfil-Elephant and Ashtapada-Spider for the mere coincidences that they are. However, on consulting a dictionary of etymology I cannot identify any such connection.