This variant was invented in 1973 by Bernd Eickenscheidt and B. Schwarzkopf. Postal tournaments in this game were held in the now-defunct NOST. Originally, the idea was mainly used in fairy chess problems, but it was soon discovered that it made a fine game in its own right.

The only difference with the rules of orthodox chess, is that pawns may also promote on the sixth and seventh rank. When a player moves a pawn to the sixth rank, it may choose to promote the pawn, or may decide to keep the pawn as a pawn. (Usually, one would choose the first option, but one might for instance want to avoid stalemate, or leave the option to take a knight open.) When the pawn remains a pawn, the same choice is there again when the pawn is moved to the seventh rank. When a pawn is moved to the eighth rank, it must be promoted.

The ability of pawns to promote early means that endgames with a King and Pawn against a lone king never need to end in a stalemate. 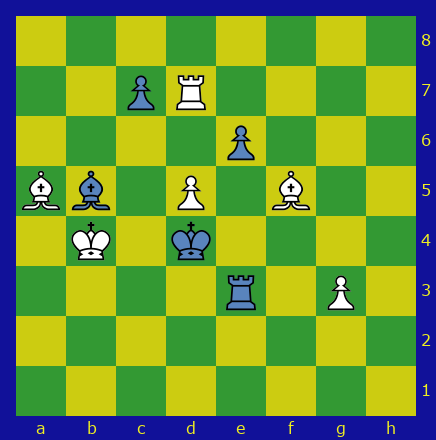 This diagram shows the possibilities. White is to move, and the white Pawn at d5 is one step away from promotion.