This is a transcript of a game of David Short's Double Chess that was played on Richard's Play By Email server in 1999 between David Short and John Williams. The analysis provided is primarily from David Short, but with some additional comments from John Williams annotated with (JW). 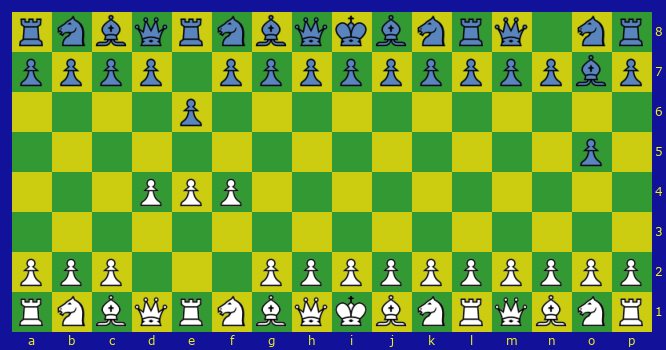 Black is going for the quick kill, while White pushes pawns to control the queenside. White is able to thwart Black's early mate threats. 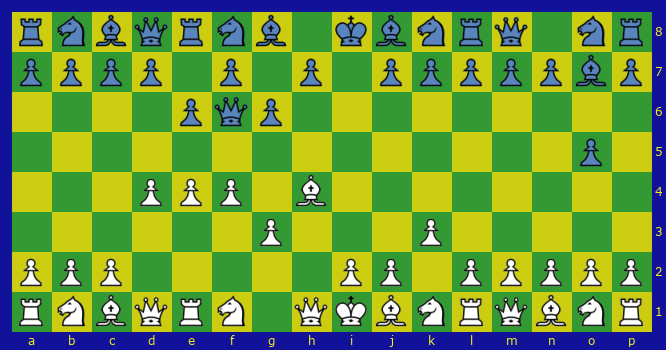 At first it looks like Black will lose a queen, but he gets out of it for only the cost of a pawn. 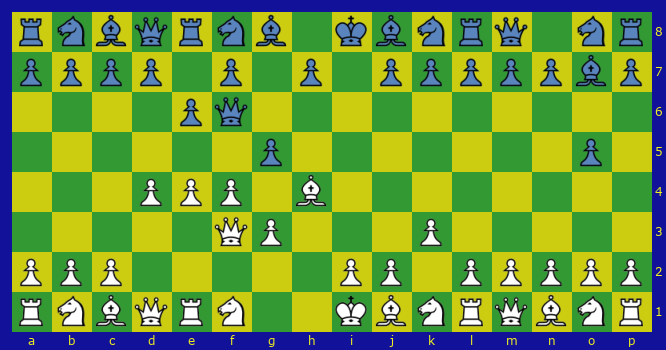 Well, you know what they say: Two can play at that game. 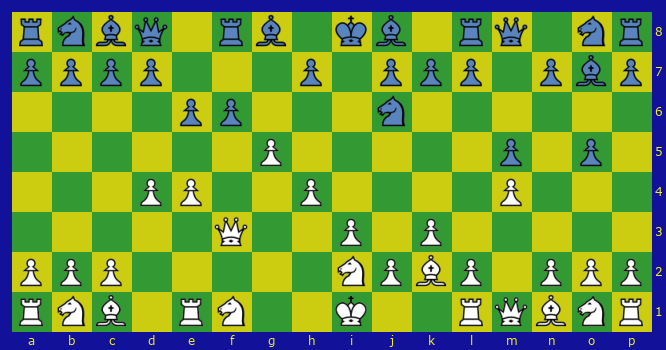 White is preparing to castle but now Black plays several moves with tempo. 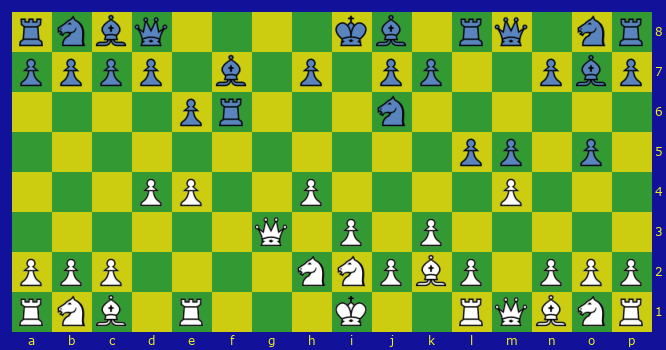 Black could still have played 20....Bxc1 here. It would have made it easier for Black to play O-O. 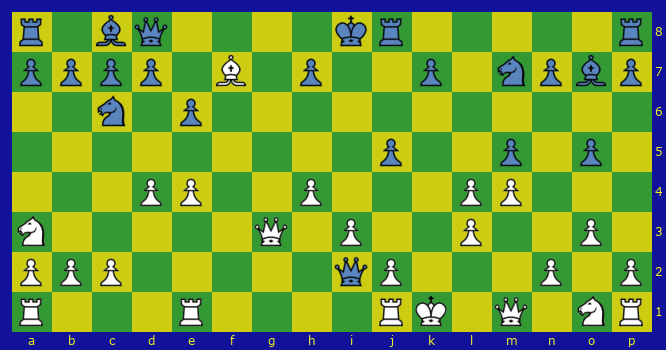 This is a critical position in the game. White could have played 31. Qi5+ but Black will probably eventually get in Rk6+ after 31...Ri6 and get a good counterattack going. White thus prevents Rk6+ and Black castles before its too late. 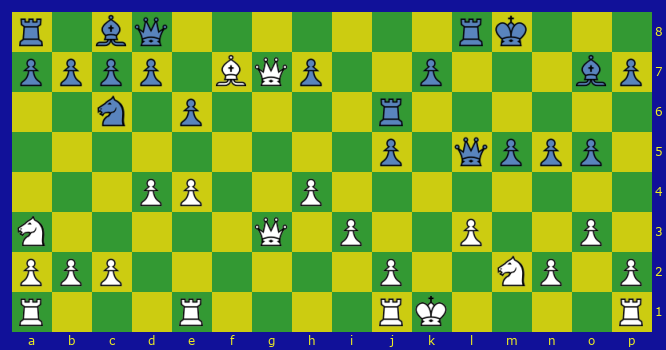 (JW): A Knight sacrifice in order to get the attack started. White's strength on the Queen side becomes his weakness on the the King side.

Now White has to scramble to cover Black's mate threats. 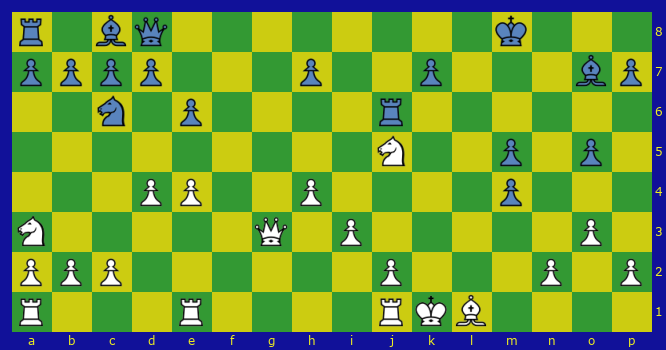 (JW): Black has been trading down to maintain his advantage on the King side and hopefully force mate. If white escapes, the undeveloped bishop and rook on the king side will be a huge >disadvantage to black. 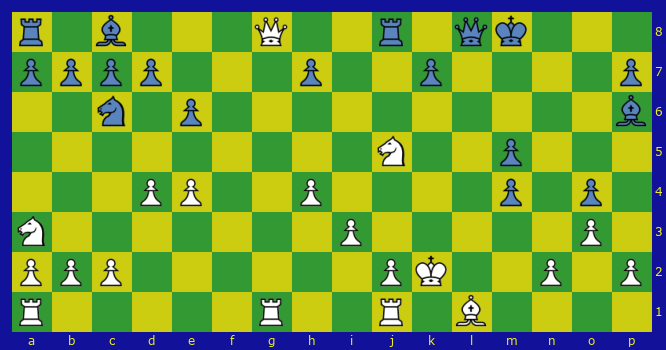 Suddenly Black is threatening Rxg8 and Ql3 mate. How is White going to get out of this? With great creativity! 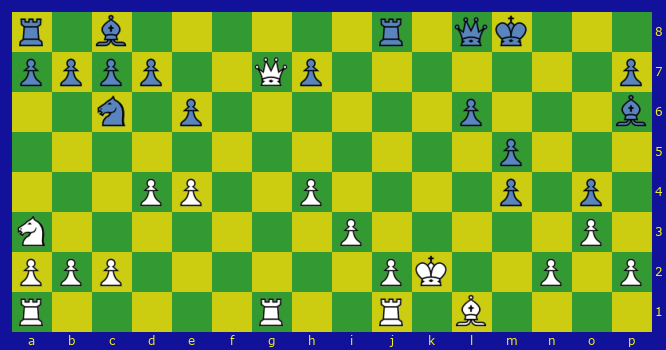 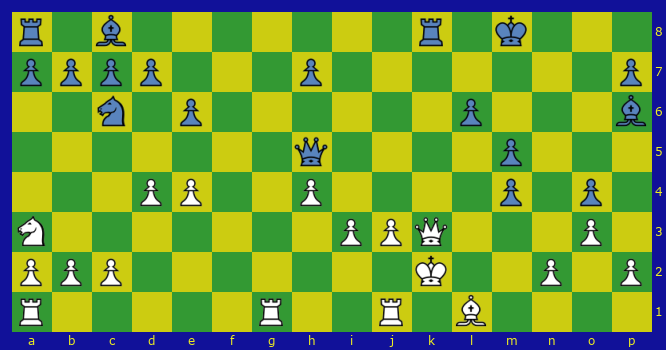 White has to give up a rook but gets a good counterattack going. 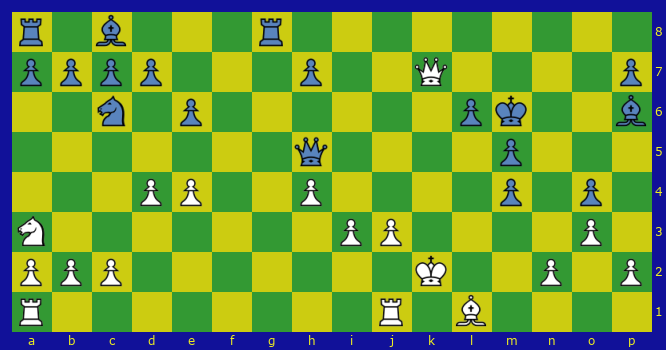 (JW): After Bxo4+ black can no longer get out of check long enough to resume his attack. 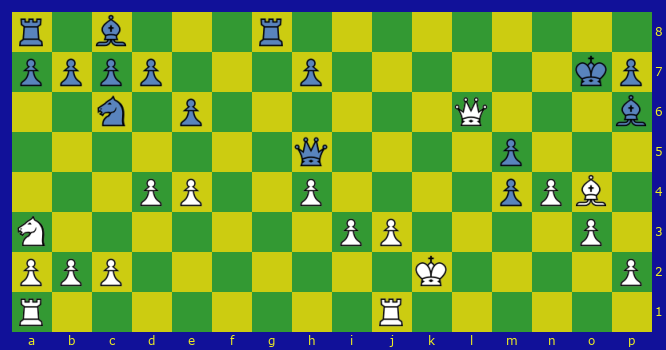 One problem with DOUBLE CHESS analysis is that with more potential moves it is harder to do a complete job. There are a lot of possible moves to explore. 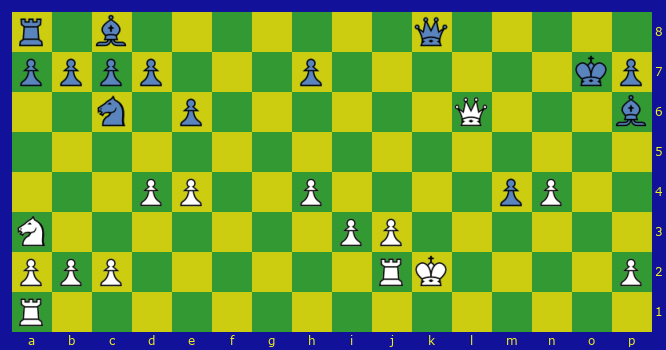 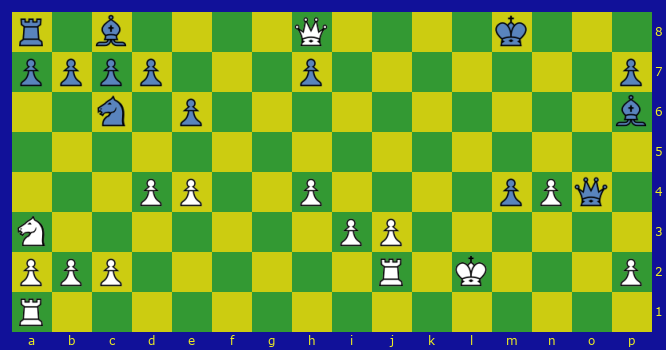 Black threatens Bxn4+ and White threatens Ro1 if Black moves his king to the o-file. A draw by perpetual check is fair for both sides here.