Hectochess is a game inspired by my earlier game Yangsi. The idea for the game came about when I realized that Yangsi had 4 too many pieces to be played with just a 10x10 chessboard and 2 mismatched chess sets. I decided to make a similar game that could be played using said equipment. The result was Hectochess. The idea was not to make an entirely new game, but rather to make a more accessible version of Yangsi. 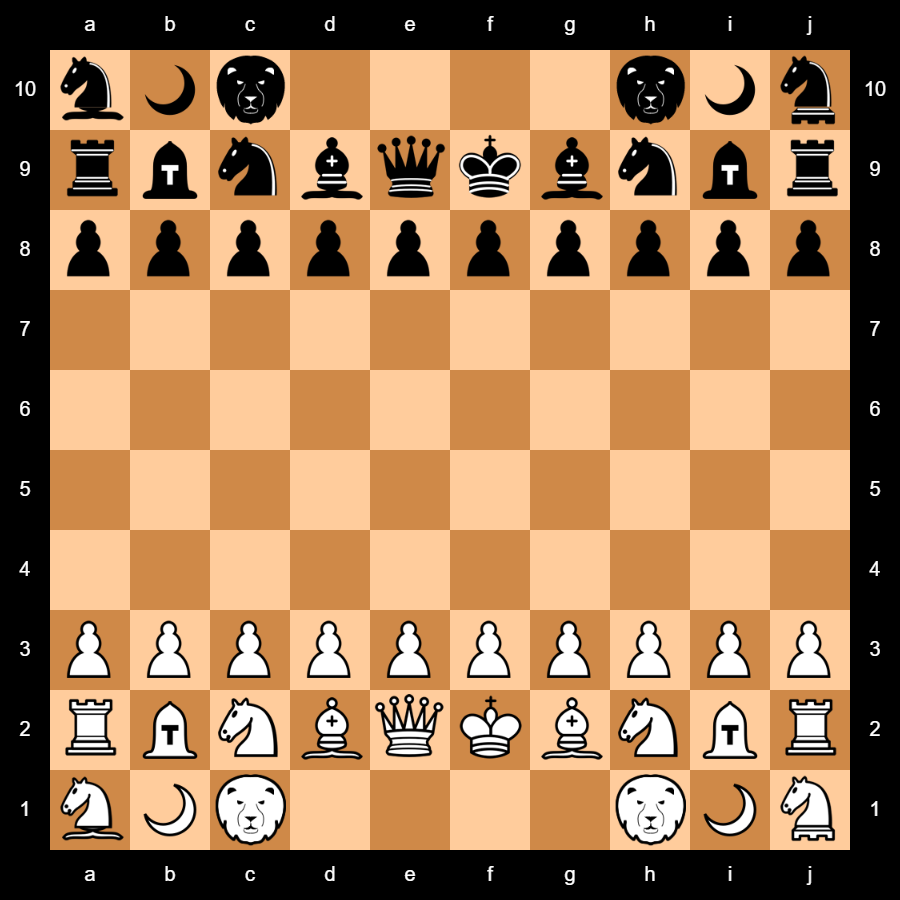 Using two mismatched chess sets, the setup should look like this: 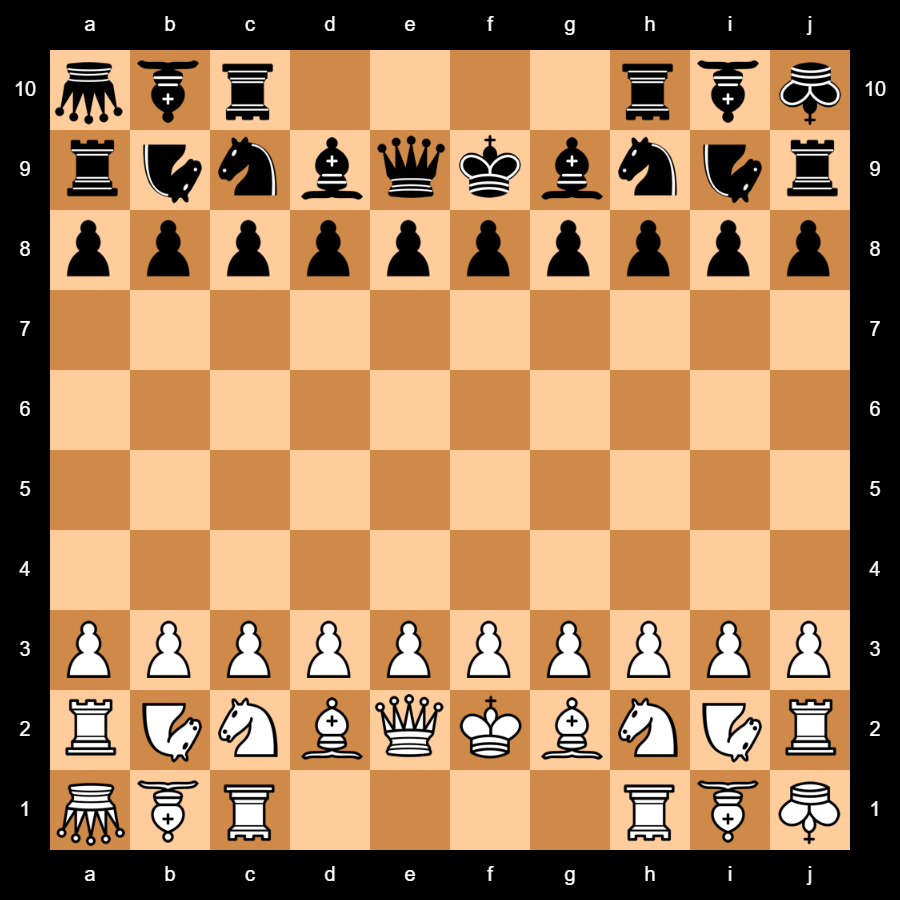 Note: The Pawns may be from either set.

Aside from differences in the board, pieces, and setup, Hectochess is played like FIDE Chess with the following differences:

Pawn promotion: When a Pawn reaches the last rank, it must promote to another piece of that player's choice: a Queen, Marshall, Archbishop, Rook, Champion, Leo, Knight, Bishop, or Wizard of the same color. It cannot promote to King or another Pawn.

Other than the difference in the setup and the fact that the Cannons and Vaos have been replaced by Leos, Hectochess uses the same rules as Yangsi. I replaced the hoppers from Yangsi with Leos because I wanted to include their moves but I only had one other piece type available due to my objective of making it playable with two mismatched chess sets.

Hectochess was selected by Greg Strong as one of the nine games to be played in the Game Courier Tournament 2019. Hectochess was played in Round 3 of the tournament, along with Symmetric Chess and Metamachy.

On a side note, Hectochess is the only third round game in this tournament which already had presets with full rule enforcement and display of legal moves by the time the first round began. At the time Fergus Duniho was working on rule enforcement for the presets, which are now finished. The reason Symmetric Chess and Metamachy were placed in the third round was to give Fergus as much time as possible to complete the presets. As for why Hectochess was placed in the third round, that's just how it played out.

You can Play Hectochess online with Game Courier.