Futashikana Shogi (不確な将棋 futashikana shōgi, literally "uncertain shogi," but meant in the sense of "undecimal shogi") is an expanded version of Shosu Shogi played on an 11x11 board. Inspired by Wa Shogi, this game adds four new pieces to the Shosu Shogi army (five if you include the extra Pawn) - the Kirin, Phoenix, Side Soldier, and Vertical Soldier. 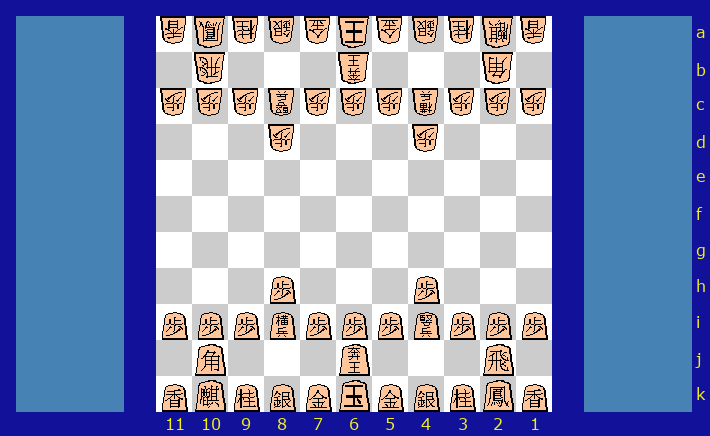 You can Play Futashikana Shogi online with Game Courier.