Courier and Courier-Spiel both have long and venerable histories, and there have been earlier attempts at modernizing them.

The two sides are White and Black, moving alternately with White moving first.

Each player starts with 44 pieces:


The initial array is shown here - 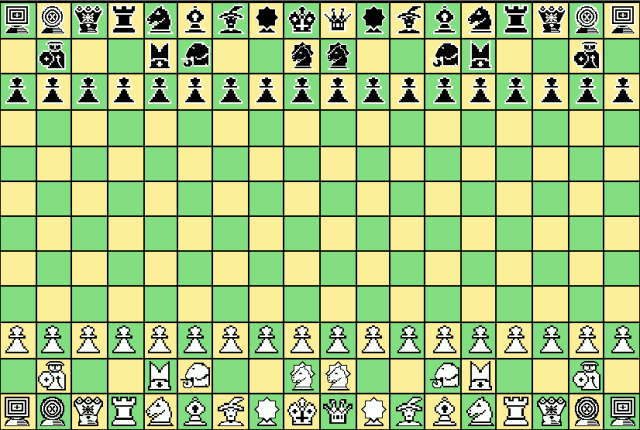 All pieces from both variants are included.
The following table lists the original pieces and gives their use in ExCoCo.

The Rules are esssentially as for Courier-Spiel, with the movement for each piece given above.

Of note:
Pawns - may advance up to 3 squares on their first move. En-Passant capture is allowed.
Promotion is as in FIDE chess; that is to any piece immdiately upon reaching the far-most rank.

King - may castle as in Courier-Spiel; King moves to Bishop file and Rook moves to Courier file.
Having castled, the King may re-castle in the same direction with the Thane, and under the same strictures but with the initial castling not counting as a move. When re-castling the King goes to the Duke file and the Thane moves to the Rook file.

"should be capable of being played without a computer by using a physical set of board and pieces."

To that end I intend to follow this article, How to Make Some Fairy Chess Pieces, though the wisdom of letting me weild a sharp implement is debatable!

The effect I hope to acheive is illustrated in the following image. 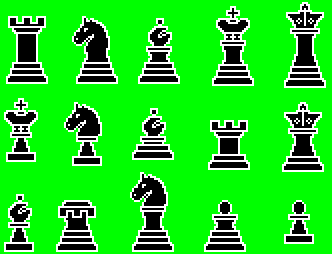