On game courier, I can't create an open invitation to play wild kingdom due to their being a fatal error and something to do with the email address for the games room. Is this something I can fix? 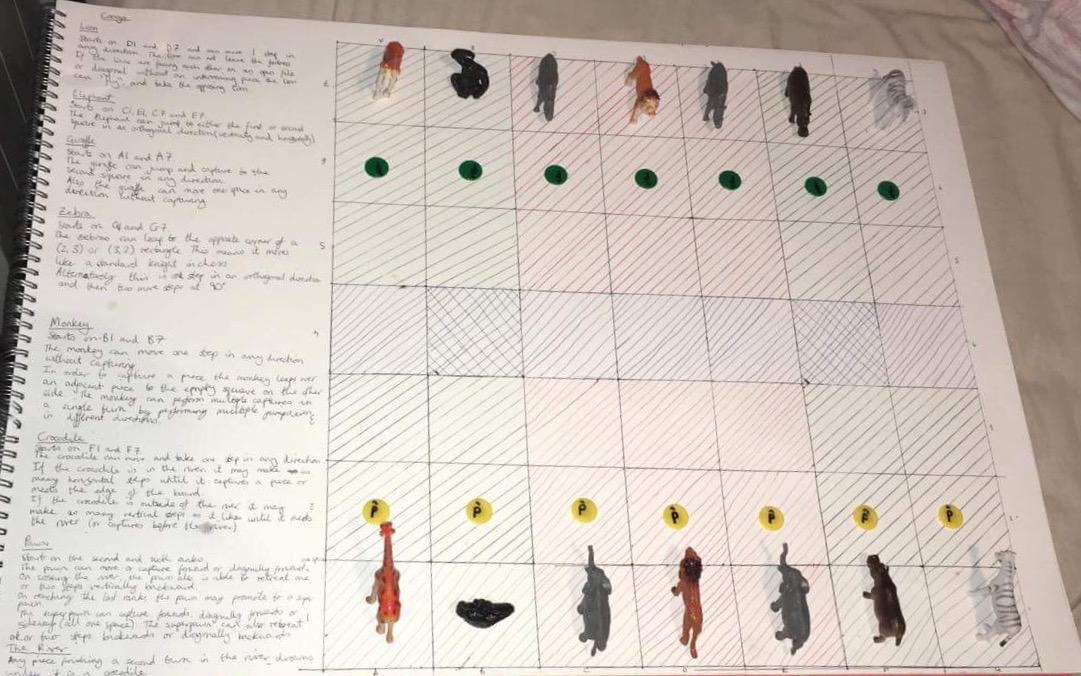 Here's a set I made earlier so if people are looking for cheap ways to make a chu shogi set here's an idea. I drew the board but you can also use a 13x13 go board too. The counters cost me about £1.50? And I just wrote on them with sharpie. 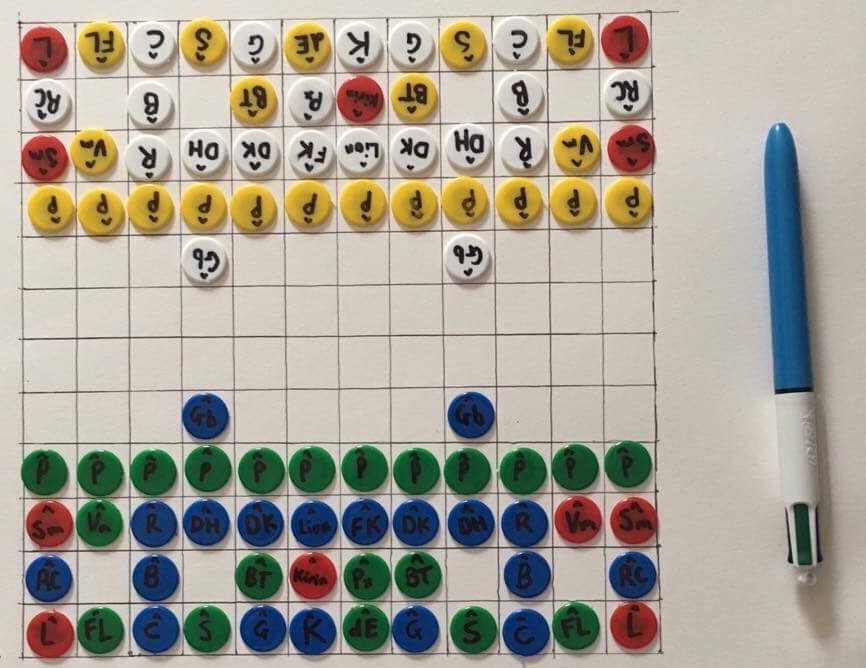 Oh it looked fine from my iPad? I pasted a photo into the comment. Is there a better way to do it?

Here's a set I made earlier so if people are looking for cheap ways to make a chi shogi set here's an idea. I drew the board but you can also use a 13x13 go board too. The counters cost me about £1.50? And I just wrote on them with sharpie.

Thanks Ben, I appreciate it.

If this still applies then these are my preferences (if not then even the games I haven't played look interesting):

1 (most want to play to least)

3. I have no preference for any of these, they all look interesting.

See you all in the competition :)

I've just seen this. Is there any spots still left open? Or would I make the numbers uneven?

Also, I can't see the other comments on the page as I don't have a desktop at the moment.

Okay thank you. Is there anyway to view these comments without being on a desktop?

Another thing I've realised is that even though it looks similar to chess and Xiang qi, the ideas are different.

In xiangqi many of the pieces are weaker and can be blocked, such as the knight and cannon. However the pieces in Congo are a lot stronger and can't really be blocked. Even though there are no real long range pieces, most of the pieces are strong in the short range. The only piece that can really be shut out is the monkey. But the monkey still has a kings move with a different taking move.

A similar theme with xiangqi however, is that there is often a sort of standoff between the pawns on either side of the river. In Congo the board is small and often there are lots of pawn trades. In xiangqi, often these standoffs will only be resolved in perpetration for the end game. Often in Xiangqi a chariot is moved up to defend the rank before the river to prevent pieces such as pawns from landing on that line. In Congo, the crocodile has its strongest powers of movement when patrolling the river performing a similar task.

One of the main differences between Congo and International chess is the strengths of the pieces. In chess, you have a long range diagonal slider, a long range orthogonal slider, and a combination of the two which are respectively the bishop, rook and queen. In Congo, the maximum distance any piece can move is 2 spaces away (with the exception of the monkey when taking, and the crocodile moving too or along the river).

More observations from over the board games I've been playing.

Mostly the openings of the games try and introduce the crocodile to the game. Other common early themes are many pawn moves at the beginning to different formation on the riverbank and then using the crocodile or zebra/giraffe. After some or all of these pieces have been moved, effort is made to introduce the monkey, or some pawn trades are made. Usually the late game is some pawns promoting on an edge file.

In most games it's difficult to introduce the elephant before the midgame, at least in any meaningful way.

Hey guys, I've searched but there doesn't seem to be a lot of strategy and theory translated into English. Does anyone know where the best place to search would be?

That's perfectly fine Nick ðŸ˜Š I've worked out the promotion command on my own anyway. Good luck with the move and no rush. I just keep adding to this thread in the hope that it will help future Congo players anyway.

Thank you, just a quick question. As this game has no enforced rules, what is the command I'd need to use to promote?

its difficult to know when to trade pieces in this game as I'm not sure which is stronger. I think that a good starting point would be to say that they have this order:

What are the best places to look at if you're looking for chi shogi strategies, tactics and opening theory if there is any?

It appears that the game courier version will not let the monkey make multiple captures? Is there a way to make this happen?

Yes that sounds great. I think that the pawns may be a bit too strong? And the drowning rule can prevent early interaction, however it is interesting and very playable.

I recently started playing Congo and was just wondering if anyone had some good ideas for the strategy? Looking at the game a little, it seems that the strongest opening moves are to move Pf-g3 to give the crocodile a path to the river, Pe-d3 to open some squares for the crocodile and zebra or to just move some pawns to the rank nearest the river to defend against enemy crocodiles.

For me, I think that the crocodile is the strongest piece and should be moved to the river early, and the giraffe is a strong piece which can help pawn promotion on the first file. Promoting pawns on the a- and g-files would be the easiest and give you the super strong promoted pawn. A good strategical idea is to keep your monkey in an edge rank to help to defend it against your opponents monkey.

A good tactical idea is the use of the drowning rule. If an opponent pushes a pawn into the river, just use a different pawn to attack your opponents crocodile/pawn/whichever piece they have that would be easily attacked. It means you can harass their prices and cause their pieces to drown.

From the games that I've played, it seems that crocodiles are important early on along with giraffes and pawns. A good strategy is then to try and promote an edge pawn and commit your elephants to defence, and in the endgame, try and get your monkey near the king.

I'd like to hear what people think, and what strategies you have.

Is anyone playing Congo?