Eurasian Chess is a Zillions-of-Games file. It is categorized as: Large board, XiangqiBased.

. Synthesis of European and Asian forms of Chess. 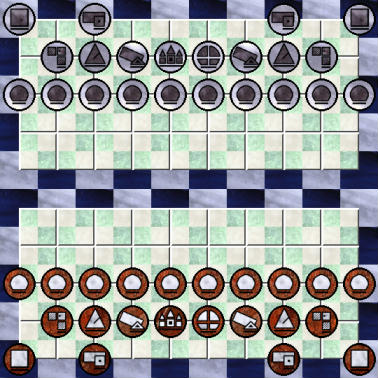