Mark Walsh from HEXchess Inc. send me the following information. Pictures are made by me, with a camera from a Silicon Graphics workstation. The quality of these pictures is somewhat poor, but I hope you find them still interesting. The last picture shows the box of the game; colours are in reality somewhat more bright. See also

HEXchess (U.S. Patent #3,920,247) is played with the standard complement of 16 pieces per side according to the traditional rules of chess. Each piece moves in direct analogy to its conventional counterpart. The gameboard consists of a six-sided grid made up of 127 hexagons, which naturally extends the power and reach of the individual pieces.

Play proceeds in clockwise rotation, each player moving in turn, until a King is checkmated by one or both opponents. The defeated pieces do not move, but can be captured and removed from the gameboard. The two remaining players continue until the game ends with a second checkmate.

Each boxed set includes a six-sided HEXchess gameboard (folds out to 22" x 20"), three sets -- red, white, and black-- of standard chessmen (3 1/2" Kings), and a rule sheet. A two player option is easily accommodated. Playing time is the same as in regular chess--about two hours.

Suggested retail price is $29.95. Customers may order directly from the manufacturer by sending a check or a money order (drawn on a US bank) to:

Shipping and handling are free within the U.S., international customers should add $5.00 to cover shipping via surface mail. 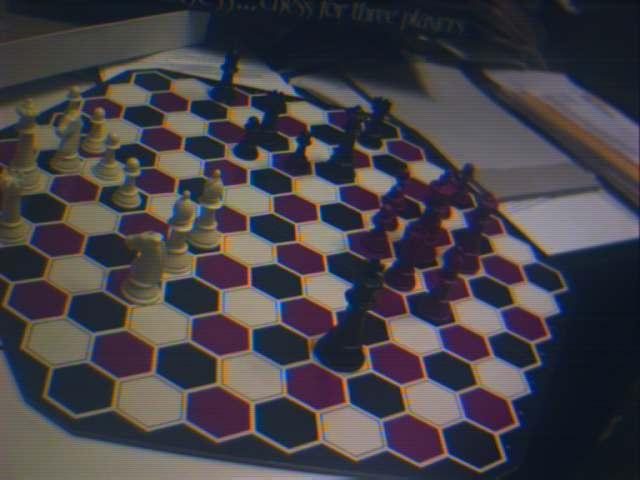 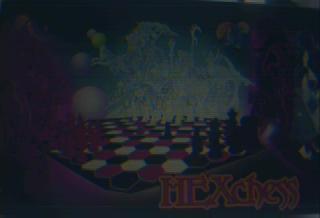